Home
Children Story
Short Story “The Donkey and The Cotton” for Children, moral story for kids in English for competition with moral values.

The Donkey and The Cotton

There once lived a salt merchant. He had a monkey for his assistance. Every morning, he would load a sack of salt on the donkey and go to the nearby town to sell it. On the way, they had to walk across a pond.
One day, while crossing the pond, the donkey thought,”Ooh! This load is so heavy that I become exhausted very soon. I wish I could get some of this load taken off my back.” Just then the donkey tripped and fell into the water.
Fortunately, the donkey was not hurt. But the sack of salt on the donkey’s back fell into the water. Both the donkey and the salt became wet. Some of the salt in the sack got dissolved, making the load on the donkey lighter. The donkey felt very happy about the reduction in the weight of the sack of salt on its back. The merchant did his best to help the donkey to get up and they carried on their journey.
From that day, it became a regular practice for the donkey to slip and fall in the pond whenever they crossed the pond to the market. This would dissolve some salt in the sack thus reducing the weight and relieving the donkey of some load. The merchant was not aware of the donkey’s cunningness. This continued for a few days.
One day, the merchant noticed the donkey deliberately slipping and landing with the sack into the water. “Oh! So this is the way I am losing my salt everyday” he thought. He decided to teach the donkey a lesson.
Next morning, instead of loading a sack of salt, the merchant loaded a sack of cotton on the donkey’s back. As usual they had decided to reach the market by crossing the same pond. While crossing the same pond, the donkey, as usual, slipped and fell into the pond, hoping that after some time the weight of the sack would go reduced. As usual, both the donkey and the cotton would become wet. But this time, when he got up, the load on his back seemed heavier. “Ooh! The Load seems to have gotten heavier,” thought the donkey. The donkey was astonished at what had taken place against the usual result.
The merchant looked at the donkey and said, “Dear friend, I saw you fall into the water of the pond deliberately every day with the malicious intention of reducing the weight of the salt. So, I loaded a sack of cotton today. Cotton when wet gets more weight and becomes heavier. Now you will have to carry it to the town.” The poor donkey had learnt his lesson.
Tweet Pin It 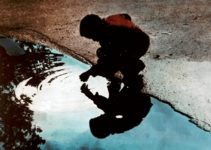