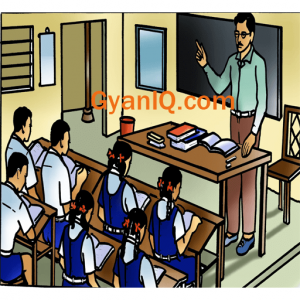 Human life is short, but the work to be done is stupendous. There are two important points to be understood. One is that we have to do the maximum amount of work in the shortest possible time without feeling the pangs of stress. Secondly, in whatever field we may be, we have to do our duty efficiently.

A student’s main duty is to study. It is only through the process of learning that a student can attain new knowledge to be able to take hold of the reins of national and social affairs from the older generation.

During the period of struggle for Independence, the students were called upon even by our national leaders to give up their studies and participate in the national struggle for freedom. This happened particularly during the Quit India Movement. As such lakhs of youths gave up their studies and came to the streets. That was a rare situation and it demanded rare action on the part of all and sundry in the national interest.

After Independence, the contingency demanding students’ sloganeering and coming on the streets had ceased. Now started the time for students’ participation in national reconstruction.

It is heartening to note that Indian students, by and large, have played a prominent part in national reconstruction. At the time of national crises and disasters, whether national or man-made, students have shown their mettle. At the time of partition when millions of refugees were pouring in, the students on this side of the border rose to the occasion and provided to a great extent, the much-needed relief and succor.

It is, however, pitiable that sometimes the students fall a prey to the machinations of crafty politicians and begin to play to their tunes. They bring the game of petty and dirty politics within the precincts of their sacred institutions and spoil their own careers while ruining the studies of hundreds and thousands of others studying in their institutions.

Sometimes, these hired students to go and force other students to go on strike over some minor matter such as having been disregarded by a canteen contractor or the librarian or a peon or a clerk in the office. The students should realize that it is the best time for them to study when their mind is fresh and when they are free from the stress and strain of life which often overtakes the grown-up minds.

If the students have a genuine complaint, they should approach their Class-teacher or the Principal, or even the management if the need be. But resorting to strike on some flimsy ground is certainly uncalled for. No doubt, the students often have their elected union leaders, but such leaders should be discrete and should show maturity enough not to allow the student community to suffer for their lack of sagacity.

No doubt, the first duty of the students is to enhance their knowledge and to prepare for some useful career according to their aptitude and calibre. But they should also be taught discipline, both physical and moral. They should take part in sports, NCC, NSS, and extracurricular activities. They should always be ready to put in their mite to mitigate suffering in case of a national disaster. They should lead a pure and simple life. In this social and political system where hooligans and criminals rule the roost, they should emerge as a new ray of hope to streamline the process of national reconstruction. They should not hesitate to go to the villages and slums to serve the poorest of the poor.