The Sun and the Wind

Once it so happened that there was a beautiful contest between the sun and the wind. It was to see which of the two was stronger than the other.

The wind was very proud of itself and its prowess. It said, “Even the mighty clouds bow before me. They know that I can drive them away.

And the clouds can envelop you. So you are a small thing before me.” The sun said, “It is the time that will tell you who is stronger of the two.”

Soon they saw a man who was wearing a coat. The sun said, “Let us see who makes the man to take off his coat.”

The wind tried first. It blew harder and harder. But the man instead of removing his coat, wrapped it more and more. So, the wind failed.

Now it was the turn of the sun to try its strength. It began to shine. It became hotter and hotter.

Fiercer and fiercer. Ultimately, the man felt obliged to remove the coat. The wind lost and the sun won. 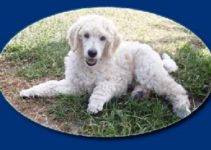