It was a cold and windy night. My friend and I had met after a long time, and were chatting for hours. We did not notice the time passing by, and soon it was close to ten in the night. We decided to take an auto rickshaw to go to our house.
It started raining, and we hurried to get into an auto rickshaw and reach our place. None of the auto rickshaws stopped for us, except one.
The driver asked us where we wanted to go and we told the place. Without saying anything about the fare, he said, “Please get in!” We thanked him and got in.
Since it was very cold, I asked the driver to stop at any small restaurant or a tea shop. We wanted to have a cup of hot tea. The driver stopped near a small restaurant.
We ordered tea, and asked the driver to join us and have a cup of tea. The driver refused. I insisted, but he refused again politely.
My friend asked, “Will you not take tea from this shop or what?”
The driver replied, “No Sir, I don’t feel like having tea now.”
I asked again, “But, why? A cup of tea will do no harm.”
Smiling, the driver replied, “Thank you sir, but I’m sorry.”
My friend asked, “Are you against eating or drinking outside?”
The driver said, “No!”
I was really surprised at his behavior and asked my friend not to compel him.
In 15 minutes, we reached our house. We paid the fare and the driver thanked us.
On an impulse, I stopped him, as I really wanted to ask him why he refused to drink tea with us at the restaurant.
He thought for a moment and replied, “Sir, my son passed away this noon in an accident. I don’t have enough money for his funeral. So I took a vow not to drink even water, until I earn enough money for my son’s funeral. That’s why I didn’t drink tea when you offered. Please don’t misunderstand.”
We both were shattered and offered him more money for his son’s funeral.
He politely refused, “Thank you for your generosity sir. In one or two hours, if I get one or two more customers, I will earn the money I need.” And he left the place.
We were amazed at his strength of character and integrity.
Tweet Pin It 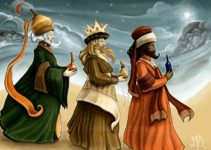