Home
Moral Story
English Short, Moral Story “The Fox and the Crane” for Kids and Children for Class 5, 6, 7, 8, 9, 10, competition with moral values.

The Fox and the Crane

Once upon a time, there lived a fox and a crane. They were fast friends. One day the fox invited the crane to dinner.

The crane gladly accepted the invitation. He went to the residence of the fox. The fox had prepared a liquid dish.

It was served in a flat dish. The guest with It’s long beak could hardly pick up anything. But the host lapped it up in no time.

Poor crane went away hungry and disappointed. He cursed the fox for his selfishness and cunningness. He made up his mind to teach the fox a good lesson.

After some time, the crane invited the fox to dine at his residence. The fox accepted his invitation and went to the residence of the crane.

The crane placed before his guest a tall jar with a narrow neck. The crane with It’s long beak finished the contents of the jar.

But the fox could not eat anything as his mouth could not go into the narrow neck of the jar. The fox went much ashamed and hungry. The crane paid him back in the same old coin. 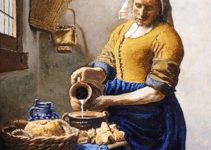