The Dog and the Donkey

Once there lived a washerman in the town. He had two pets- a dog and a donkey. The dog used to keep watch. The donkey used to carry the washerman’s clothes or load.

One night a thief broke into the house. The washerman was sleeping soundly. The dog too was fast asleep. So, he did not bark at the thief.

The donkey saw the thief and wanted to awaken his master began to bray loudly. The thief took to his heels (ran away).

Therefore he beat the stupid but dutiful donkey very badly. But the washerman’s house was saved It was the duty of the dog to keep watch and not of the donkey.

Mind your own business. 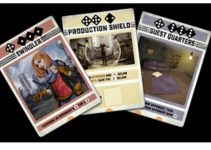