Mahatma Gandhi, honoured as the father of India, was a very special person. The following story illustrates one of the reasons for him to be called ‘Mahatma’ (great soul).
Once, Gandhi was on an expedition to collect funds from various cities and villages for an organization to help the poor. He went to several places and finally reached Orissa. He organized a meeting in Orissa.
There, he gave a speech to the public, requesting them to give him funds for the organization. At the end of his speech, a very old woman with bent back, tattered clothing, white hair, and shrunken skin got up. She requested the volunteers to allow her to reach Gandhi. However, the volunteers stopped her. She did not give up. She fought with them and reached Gandhi.
She touched the feet of Gandhi. Then she took out a copper coin kept in the folds of her saree and placed it at his feet. Then the old lady left the stage.
Gandhi very carefully took the coin. The treasurer of the organization for the poor asked Gandhi for the copper coin, but he refused to give it.
“I keep cheques worth thousands of rupees,” said the treasurer. “Yet you won’t trust me with a copper coin!”
Gandhi said, “This copper coin is worth much more than those thousands. If a man has several lakhs and he gives away a thousand or two, it doesn’t mean much.”
Yes, the coin might have been the only thing that the poor old woman possessed. She did not even have proper clothes and could not afford good food. Still she gave everything she had. That is why Gandhi regarded the coin as very precious.
Offering help when we have nothing or very little makes it more valuable.
Tweet Pin It 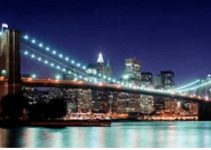