I stumbled on a wallet someone had lost in the street. Wanting to find the owner, I opened it, but it only contained 3 dollars and an old crumpled envelope. I opened the letter and saw a return address and dateline…1924. It had been written 60 years ago. It was signed Hannah.
I called information, maybe there was a phone listing for the address. The operator hesitantly told me there was a number, but the best she could do was call it and see if they wanted to be connected. I learned that Hannah was now living in a Nursing Home. And was given the number.
It seemed silly, wanting to contact someone over a letter written 60 years ago, but I felt impelled. I was told that Hannah was there and though it was fairly late I followed my instinct and went to see her.
She was a sweet silver-haired lady with a warm smile and a twinkle in her eye. 1 told her about finding the wallet and showed her the letter.
She took a deep breath and said, “Young man, this letter was the last contact I ever had with Michael.”
She said softly “I loved him very much. But I was only 16 at the time and my mother felt I was too young. “If you should find him, tell him I still love him.”
With tears in her eyes she told me she had never married because no one had matched up to him in her heart.
I thanked her and left. As I was waiting by the elevator the nurse there asked, “Was Hannah able to help you?”
I’d taken out the wallet as she was speaking and she said “Hey, wait a minute that’s Michael Goldstein’s wallet. I’d recognize it anywhere, he’s always losing it.”
My hands began to shake. “Who’s Michael Goldstein?” I asked.
“One of the residents on the 8th floor. That’s his wallet for sure.”
I dashed up to the 8th floor and the nurse on duty told me he was still in the day room.
We went into the day room and as soon as Michael saw the wallet a smile of relief crossed his face. I confessed I’d read the letter in an attempt to find the owner of the wallet. The smile on his face disappeared.
“But I think you’ll be happy I did,” I said. I think I know where Hannah is.
He grew pale. “Where is she? How is she? Please tell me he begged. “She’s fine I said quietly.” “I was so in love with that girl and when that letter came, my life came to a halt. I never married. I guess I’ve always loved her.”
I asked him to come with me and took him down to the 3rd floor where Hannah was sitting alone, watching television. The floor nurse pointed to Michael. “Do you know this man Hannah?” She adjusted her glasses but didn’t speak. Michael whispered, “Hannah it’s me, Michael. Do you remember me?”
She gasped. “Michael. Michael, I don’t believe it. It’s you! My Michael.”
They walked towards one another and embraced. The nurse and I left with tears streaming down our faces.
About three weeks later I got a call from the nursing home. “Can you break away on Sunday to attend a wedding? Michael and Hannah are going to tie the knot!”
It was a beautiful wedding with all the people at the nursing home joining in the celebration. I was the best man!
The hospital gave them their own room and if you ever wanted to see a 76-year-old bride and a 79-year-old groom acting like two teenagers, you had to see this couple.
A perfect ending for a love affair that had lasted nearly 60 years.
Tweet Pin It 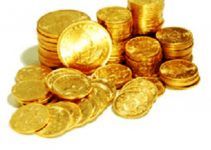