Home
Children Story
Moral Story “How one Perceive some thing, depends on that person” for Kids and Children, English Story for Class 5, 6, 7, 8, 9, 10, competition with moral values.
Two Brother’s

Once in a village, two brother’s started to work at poultry farm under their father guidance.
Some years after they started working with their father, older son noticed that father would give more responsibility and reward to his younger brother.
Older son felt it unfair as both worked equally and being older he should be one who should be given more responsibility and reward.
He went to his father and said, ‘I m older yet you give more responsibility to my younger brother.. Why is it so’?
Father said, ‘I will tell you but first go to Tammy’s farm and inquire if they have any turkey for sale, we need to add to our stock..’
He went and soon returned with answer, ‘Yes father.. they have turkey they can sell to us..’
Father said, ‘Ok.. Then please go and ask them the price..’
He again went and returned. He said to his father, ‘They said we can buy turkey at 10$ each.’
Father said, ‘Good.. Now go and ask if they can deliver them by tomorrow..’
Older son went and duly returned with answer, ‘Yes.. they can.’
After all this, father asked his older son to wait and listen.
He called his younger son and said, ‘Go to Sammy’s Farm and see if they have any turkey for sale, we need to add to our stock.’
Younger son went and returned with answer, ‘Yes father.. they have turkey for sale.
They have five turkey for 10$ each or ten turkey for 8$ each. They can deliver them tomorrow.
I asked them to deliver the five unless they heard otherwise from us in the next hour.
And I got them agreed that if we want the extra five turkey we could buy them at 6$ each.’
After this father looked toward his older son, who now realized why his younger was given more responsibility. He appreciated his younger brother and looked forward to learn more.
Moral
How one Perceive some thing, depends on that person. We should do our Best to Learn from People who Understand better.
Tweet Pin It 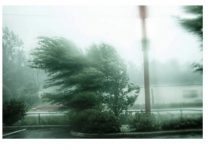