Home
Moral Story
English Short, Moral Story “When Someone needs you” for Kids and Children for Class 5, 6, 7, 8, 9, 10, competition with moral values.

A nurse hurriedly took a Young Marine to bedside of a old man and said to him, Your son is here..

Patient was was heavily sedated, after a while with difficulty old man opened his eyes. A young marine was standing near his bed. Old man reached out to his hand.

Seeing this, Young man took his hand and hold it. He wrapped his hand around old mans trembling hand with care and affection.

Nurse brought a chair for marine to sit beside old mans bed. Whole night Marine was sitting by old mans side holding his hand and comforting him.

Occasionally, nurse would come to check in for old mans condition and would suggest marine to move away and have some rest but he refused. Nurse was touched by the love and affection of son for his old man.

Later that night when she came in, she heard that young man saying few gentle words to old man. Dying old man said nothing but only held tightly his hand.

Toward dawn, old man died. Marine released lifeless hand of old man and went to nurse to inform her about old mans death.

After completing all the formalities she returned to young marine and started to offer he sympathy but young marine interrupted her and said, Why are you saying this to me

Nurse was startled by his response and hesitating answered, He was your father..!!

Marine replied, No, I don’t  know him.. I never even met him before in life..

Nurse was confused and questioned, If you don’t  know him then why didnt you said something when i took you to him..

Marine replied, I knew that time, there had been mistake but you were in so much hurry and when i saw old man i felt that he needed his son and who wasnt there..

When he took my hand i realized that he was too sick to tell whether i was his son or not Knowing how much he needed his son in his last time, i stayed there..

When Someone needs you.. Just be There. 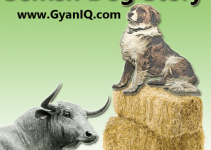