The Roll Of The Kettledrum

‘You have the Pyrrhic dance as yet,

Where is the Pyrrhic phalanx gone ?

Of two such lessons, why forget

The nobler and the manlier one ?’?Byron.

ONE line of swart profiles, and bearded lips dressing,

One ridge of bright helmets, one crest of fair plumes,

One streak of blue sword-blades all bared for the fleshing,

One row of red nostrils that scent battle-fumes.

Forward ! the trumpets were sounding the charge,

The roll of the kettledrum rapidly ran,

Maddened the war-horse as well as the man.

Forward ! still forward ! we thundered along,

Steadily yet, for our strength we were nursing ;

Tall Ewart, our sergeant, was humming a song,

Lance-corporal Black Will was blaspheming and cursing.

Opened their volley of guns on our right,

Curling to leeward, were seen on the height,

Where the batteries were posted, as onward we came.

Spreading before us their cavalry lay,

Squadron on squadron, troop upon troop ;

We were so few, and so many were they?

Cheerily neighed, while the foam flakes were tossed

From bridle to bridle?the top of our speed

Was gained, but the pride of our order was lost.

One was there, leading by nearly a rood,

Though we were racing he kept to the fore,

Still as a rock in his stirrups he stood,

High in the sunlight his sabre he bore.

Loudly his helm right in front of us rung ;

Over him?youngest, where many were young.

Now we were close to them, every horse striding

On the boy’s right, with a line of his own.

Thrusting his hand in his breast or breast pocket,

While from his wrist the sword swung by a chain,

Swiftly he drew out some trinket or locket,

Kissed it (I think) and replaced it again.

Burst, while his fingers reclosed on the haft,

Horse ‘countered horse, and I reeled, but he laughed,

Down went his man, cloven clean to the chin !

Wedged in the midst of that struggling mass,

After the first shock, where each his foe singled,

In the sun, with grey smoke and black dust intermingled.

Here and there reddened a pistol shot, flashing

Through the red sparkle of steel upon steel !

Redder the spark seemed, and louder the clashing,

Struck from the helm by the iron-shod heel !

Uplands in autumn, we sundered their ranks ;

Short was the crisis of conflict soon over,

Being too good (I suppose) to last long ;

Through them we cut, as the scythe cuts the clover,

Battered and stained we emerged from their throng.

Some of our saddles were emptied, of course ;

To heaven (or elsewhere) Black Will had been carried !

His mare being hurt, while ten seconds we tarried.

And then we re-formed, and went at them once more,

And ere they had rightly closed up the old track,

We broke through the lane we had opened before,

And as we went forward e’en so we came back.

Our numbers were few, and our loss far from small,

They could fight, and, besides, they were twenty to one ;

We were clear of them all when we heard the recall,

And thus we returned, but my tale is not done.

For the hand of my rider felt strange on my bit,

He breathed once or twice like one partially choked,

And swayed in his seat, then I knew he was hit 😕

He must have bled fast, for my withers were soaked,

And scarcely an inch of my housing was dry ;

I slackened my speed, yet I never quite stopped,

And dropped off me gently, and lay where he dropped !

Ah, me ! after all, they may call us dumb creatures?

I tried hard to neigh, but the sobs took my breath,

Yet I guessed, gazing down at those still, quiet features,

He was never more happy in life than in death.

My name to our colonel one field-day. He said,

‘Count’ died the same week, and now ‘Steeltrap’ is dead.

That morning our colonel was riding ‘Theresa,’

The filly by ‘Teddington’ out of ‘Mistake’ ;

Were there on the ponies he purchased from Blake.

I remember he pointed me out to his daughters,

Said he, ‘In this troop I may fairly take pride,

But I’ve none left like him in my officers’ quarters,

Whose life-blood the mane of old ‘Challenger’ dyed.’

Where are they ? the war-steeds who shared in our glory,

The ‘Lanercost’ colt, and the ‘Acrobat’ mare,

And the Irish division, ‘Kate Kearney’ and ‘Rory,’

And rushing ‘Roscommon,’ and eager ‘Kildare,’

And ‘Freeny,’ a favourite once with my master,

And ‘Warlock,’ a sluggard, but honest and true,

And ‘Tancred,’ as honest as ‘Warlock,’ but faster,

All vanished, what wonder ! twelve summers have passed

Since then, and my comrade lies buried this day,?

Of the chargers who shared in that glorious fray.

Come, ‘Harlequin,’ keep your nose out of my manger,

You’ll get your allowance, my boy, and no more ;

Snort ! ‘Silvertail,’ snort ! when you’ve seen as much danger

As I have, you won’t mind the rats in the straw.

The day before yesterday, into my stall ;

Oh ! light to the saddle I’ve once seen him vaulting,

In full marching order, steel broadsword and all.

And now his left leg than his right is made shorter

Three inches, he stoops, and his chest is unsound ;

He spoke to me gently, and patted my quarter,

I laid my ears back and looked playfully round.

For that word kindly meant, that caress kindly given,

I thanked him, though dumb, but my cheerfulness fled ;

More sadness I drew from the face of the living

Than years back I did from the face of the dead.

For the dead face, upturned, tranquil, joyous, and fearless,

With a smile ; but the living face, gloomy and tearless,

And haggard and harassed, looked down with a sigh.

Did he think on the first time he kissed Lady Mary ?

On the morning he winged Horace Greville the beau ?

On the winner he steered in the grand military ?

On the charge that he headed twelve long years ago ?

Did he think on each fresh year, of fresh grief the herald ?

On lids that are sunken, and locks that are grey ?

On Alice, who bolted with Brian Fitzgerald ?

On Rupert, his first-born, dishonoured by ‘play’ ?

On Louey, his darling, who sleeps ‘neath the cypress,

That shades her and one whose last breath gave her life ?

I saw those strong fingers hard over each eye press?

Oh ! the dead rest in peace when the quick toil in strife !

Since I with man’s grief dare to sympathize thus ;

Why scoff ??fellow-creature I am, fellow-servant

Of God, can man fathom God’s dealings with us ?

The wide gulf that parts us may yet be no wider

Than that which parts you from some being more blest ;

Than ever your shallow philosophy guessed.

You are proud of your power, and vain of your courage,

And your blood, Anglo-Saxon, or Norman, or Celt ;

Your perils, your pleasures, your sorrows we’ve felt.

We, too, sprung from mares of the prophet of Mecca,

And nursed on the pride that was born with the milk,

And filtered through ‘Crucifix,’ ‘Beeswing,’ ‘Rebecca,’

We love sheen of scarlet and shimmer of silk.

We, too, sprung from loins of the Ishmaelite stallions,

We glory in daring that dies or prevails ;

From ‘counter of squadrons, and crash of battalions,

To rending of blackthorns, and rattle of rails.

In all strife where courage is tested, and power,

From the meet on the hill-side, the horn-blast, the find,

The burst, the long gallop that seems to devour

The champaign, all obstacles flinging behind,

To the cheer and the clarion, the war-music blended

With war-cry, the furious dash at the foe,

The terrible shock, the recoil, and the splendid

I’ve borne one through perils where many have seen us,

No tyrant, a kind friend, a patient instructor,

And I’ve felt some strange element flashing between us,

Till the saddle seemed turned to a lightning conductor.

Did he see ? could he feel through the faintness, the numbness,

While lingered the spirit half-loosed from the clay,

Dumb eyes seeking his in their piteous dumbness,

And what then ? the colours reversed, the drums muffled,

The black nodding plumes, the dead march, and the pall,

The slow sacred music that floats over all !

Spur, sabre, and snaffle, and helm?Is it well ?

Can the dead laurel sprout with the live immortelle ?

Our strength for a season, our pride for a span,

Say ! vanity are they ? vexation of spirit ?

Not so, since they serve for a time horse and man.

They serve for a time, and they make life worth living,

In spite of life’s troubles?’tis vain to despond ;

Oh, man ! we at least, we enjoy, with thanksgiving,

God’s gifts on this earth, though we look not beyond.

You sin, and you suffer, and we, too, find sorrow,

Perchance through your sin?yet it soon will be o’er ;

We labour to-day, and we slumber to-morrow,

Strong horse and bold rider !?and who knoweth more ?

The roll of the kettledrum rapidly ran,

The colonel wheeled short, speaking once, dry and husky,

‘Would to God I had died with your master, old man !’ 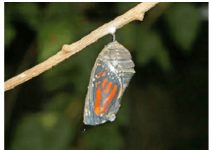