Scene 3. A Cliff On The Breton Coast, Overhanging The Sea

Down drops the red sun; through the gloaming

They burst-raging waves of the sea,

Foaming out their own shame-ever foaming

Their leprosy up with fierce glee;

Flung back from the stone, snowy fountains

Where, shock after shock, the green mountains

Explode on the iron-grey crag.

The salt spray with ceaseless commotion

Leaps round me. I sit on the verge

Of the cliff-‘twixt the earth and the ocean

With feet overhanging the surge.

In thy grandeur, oh, sea! we acknowledge,

In thy fairness, oh, earth! we confess,

Hidden truths that are taught in no college,

Hidden songs that no parchments express.

Were they wise in their own generations,

Those sages and sagas of old?

They have passed; o’er their names and their nations

They have passed, leaving little to their children,

Save histories of a truth far from strict;

Or theories more vague and bewildering,

Since three out of four contradict.

The halls of dull pedants who teach

Strange tongues, the dead lore of the Latin,

The scroll that is god-like and Greek:

Things long ago learnt all in vain;

They are slow, very slow, in discerning

That book lore and wisdom are twain.

Pale shades of a creed that was mythic,

By time or by truth overcome,

Your Delphian temples and Pythic

Are ruins deserted and dumb;

Your Muses are hushed, and your Graces

Are bruised and defaced; and your gods,

Enshrined and enthroned in high places

No longer, are powerless as clods;

By forest and stream let, where glistened

Fair feet of the Naiads that skimmed

The shallows; where the Oreads listened,

No lithe forms disport in the river,

No sweet faces peer through the boughs,

Elms and beeches wave silent for ever,

Ever silent the bright water flows.

(Were they duller or wiser than we are,

Those heathens of old? Who shall say?

Glaucopis’, was wise in thy day;

And the false gods alluring to evil,

That swayed reckless votaries then,

Were slain to no purpose; they revel

Re-crowned in the hearts of us men.)

Dead priests of Osiris and Isis,

And Apis! that mystical lore,

Of fever, is studied no more;

The arch of yon firmament vast

On dry dust of votaries past.

On seas unexplored can the ship shun

Past or future, unsolved by Egyptian

Or Theban, unspoken by Sphinx?

Oh, earth! we have toiled, we have travailed,

How long shall we travail and toil?

How long? The short life that fools reckon

So sweet, by how much is it higher

And man, through the dust and the mire,

With Ashtaroth, Mammon, and Moloch

In front, and Alecto behind.

The wise one of earth, the Chaldean,

And the sensual Epicurean,

Though grosser, is hardly less wise;

‘Twixt the former, half pedant, half pagan,

And the latter, half sow and half sloth,

We halt, choose Astarte or Dagon,

Or sacrifice freely to both.

With our reason that seeks to disparage,

Brute instinct it fails to subdue;

With our false illegitimate courage,

Our sophistry, vain and untrue;

Our hopes that ascend so and fall so,

We are wise (aye, the snake is wise also)

Wise as serpents, NOT harmless as doves.

Come rarely with rushing of wings;

We are conscious at times we have striven,

Though seldom, to grasp better things;

These pass, leaving hearts that have faltered,

And the skin of the Ethiop unaltered,

And the spots of the leopard unchanged.

To gather thy flowers and thy fruits?

The roses are withered, and cankered

The lilies, and barren the roots

Of the fig-tree, the vine, the wild olive,

Fierce harvest-so WE live, and SO live

The perishing beasts of the field.

And withal we are conscious of evil

And good-of the spirit and the clod,

Of the power in our hearts of a devil,

Of the power in our souls of a God,

Whose commandments are graven in no cypher,

But clear as His sun-from our youth

One at least we have cherished-‘An eye for

Oh, man! of thy Maker the image;

To passion, to pride, or to wealth,

Thy portion the fire or the filth,

And thy highest hope-scarce a drawn battle

With dark desperation. How long?

And sprinkle your foam on the furze;

Bring the dreams that brought sleep to our turf-beds,

To camps of our long ago years,

With the flashing and sparkling of broadswords,

With the tossing of banners and spears,

With the trampling of hard hoofs on hard swards,

With the mingling of trumpets and cheers.

The gale has gone down; yet outlasting

The gale, raging waves of the sea,

Casting up their own foam, ever casting

Their leprosy up with wild glee,

Still storm; so in rashness and rudeness

Man storms through the days of his grace;

And coldly and calmly and purely

When we, too, at peace with our neighbour,

May sleep where God’s hillocks are piled,

Thanking HIM for a rest from day’s labour,

And a sleep like the sleep of a child! 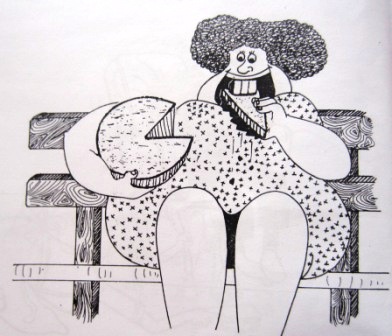